Our clients come to us with complex, real world problems. We work hard to present practical and creative solutions that address clients with respect, not with pre-packaged solutions that only benefit the lawyer. 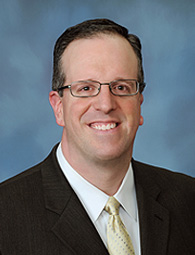 Real-world, long-lasting solutions. Justin has based his legal career on establishing such solutions for his clients. After nearly 20 years of litigation and transactional practice, this goal drives Justin still today. As a mediator, Justin can offer yet another level of service to help clients find those solutions. Even after appearing before courts like the 9th Circuit Court of Appeals, the Washington State Supreme Court and others, the best thing about being a lawyer, according to Justin, “is offering clients peace of mind through finality to their legal issues.”

Justin’s interest in the law sprang mostly from his involvement in his family’s business – electrical contracting. In that business, he filled every role imaginable, including working as an apprentice electrician, reviewing plans and specs to create bids, negotiating contracts with clients, and even reviewing financial issues and assisting in creating a business plan. In that business endeavor, Justin witnessed firsthand the legal issues faced by contractors, large and small business owners, and property owners. He sat in on governmental hearings, met with business owners and real estate developers, and developed relationships with vendors and complementary businesses. All of these experiences convinced him that every business needs sound, practical legal advice that is tailored to the individual client’s best interests.

Following a 2-year volunteer mission in Japan, Justin completed his undergraduate degree at Brigham Young University in International Relations, and his law degree from Seattle University School of Law in 1998. At Seattle U., Justin excelled in trial advocacy training, winning competitions and being named to the Order of Barristers, an award given to the top ten students in each class in trial advocacy.

He has been trained as a mediator at Pepperdine University’s nationally-renowned Straus Institute for Dispute Resolution.
Justin has tried cases to juries and judges, argued in front of different appellate panels, handled administrative hearings at all levels, and participated in numerous mediations and arbitrations. He began his career at McFerran & Helsdon in Tacoma, joining Romero Montague in 2002 and becoming a partner at Romero Park in 2005.

Justin has been able to assist his clients in resolving hundreds of issues, including the following examples:

Donatelli v. D.R. Strong, 179 Wn.2d 84 (2013). Represented property owner who lost King County plat approval due to actions by his engineering firm.
Day v. Santorsola, 118 Wn.App. 746 (2003). Represented homeowner against a homeowners’ association who sought to control the look of his home to be constructed.
Mehlenbacher v. DeMont, 103 Wn.App. 240 (2000). Represented landowner who sold land on a Note and Deed of Trust and had to sue to recover the funds due. Case involved important distinction regarding the recovery of attorney fees as part of the damages.

Justin represents Romero Park in several different business associations. At the CleanTech Alliance of Washington he has chaired the CleanTech Innovation Showcase Organizing Committee in both 2016 and 2017, helping build that event to be the premier platform for sharing the latest in innovative ideas in clean energy technology in the Northwest. He also serves on the Membership Committee of the CleanTech Alliance. He has been a participant at Bellevue Chamber of Commerce Meetings, as well as being a contributor to the Bellevue WA Connections group. He is a member of the J. Reuben Clark Law Society and the BYU Management Society.

Justin and his wife, Jana, make their home in Issaquah, and have four children. They are involved in their local church and schools. Justin has been involved with Safe Streets, Boy Scouts of America, the YMCA and other organizations, as well as being active at his children’s school and in the PTA. He speaks Japanese, loves basketball and most sports, and enjoys hobbies like reading, music, movies, and spending time with his family.

Bachelor of Arts in International Relations (1995)