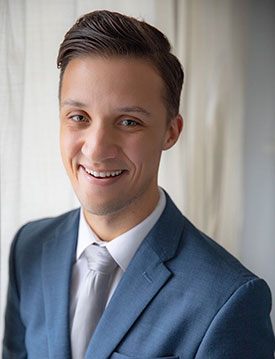 Prior to joining Romero Park, Jordan studied as a postgraduate for over two years in Germany and Scotland. In Germany, he earned his LL.M. in International Economic Law at Leuphana University of Lüneburg. In Scotland, he earned his LL.M. in Corporate and Financial law, where he wrote his dissertation on the interplay of emerging payment technologies and existing regulatory regimes throughout Europe and the U.S., for which he was awarded a distinguishing mark. As an undergraduate, Jordan studied law and policy at the University of Washington, where he received the Annual Dean’s List High Scholar Award, as well as the Global Scholar Award, an honors scholarship awarded by the University of Washington Global Honors Program.

Prior to earning his postgraduate degrees, Jordan interned as a research assistant for a Seattle-based think tank focused on local policy issues, where he co-authored and published analysis on Seattle pension plans with the former Washington State Auditor, Brian Sonntag. He also researched and compiled data on energy-efficient ‘green schools’ that was included in work published in the Wall Street Journal.

Outside of the office, Jordan most enjoys spending his time with his wife and son.

Jordan also enjoys exercising and learning as often as possible.

Master of Laws, Corporate and Financial Law, University of Glasgow.