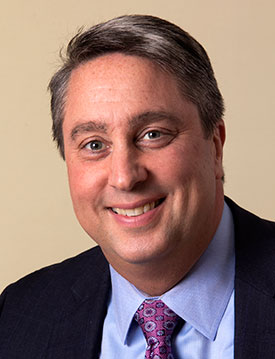 John Anderson, affectionately known by his friends and colleagues as simply, “the Esquire,”* is a trial lawyer, author, speaker, mentor, and entrepreneur. A licensed attorney in Washington and Utah, John has spent the last 13 years defending the accused, helping those going through divorce or custody disputes, and assisting individuals and businesses involved in contract, business, real estate, probate, and other civil litigation.

John is a member of the highly prestigious Order of the Coif and Order of the Barristers. He has been recognized as one of Utah’s Legal Elite and has spoken at the Utah State Bar’s annual convention. He has also presented at continuing legal education functions for members of the Bar and Utah’s paralegal association.

John served as a judicial clerk for Judge Gregory Orme of the Utah Court of Appeals before beginning his legal practice at the highly acclaimed criminal defense firm of Bugden & Isaacson, where he helped defend such notables as Warren Jeffs and others. In 2012 he co-founded the law firm of Anderson Hinkins in Salt Lake City, where he actively worked until 2017, when he moved back to Washington and limited his practice to work on his upcoming book, educational courses, and speaking engagements.

In addition to his long-time legal experience, John has more than twenty years of business experience, having served as an officer or director of a number of companies and organizations over the years. Some of these include OfficeSmart Corporation, the Utah Japanese Language School (where he continues to serve on the board of directors), and Silver Buffalo Lending LLC. He has consulted with many others in the course of his legal and consulting practice.

John is the author of an upcoming book published by Black Card Books, called LAW: Lawyers Always Win: How Ignorance of the Law Is Costing You EVERYTHING!
_________________________
*The term “Esquire” comes predominantly from English history. It was originally a military office, an esquire being a knight’s attendant and shield bearer. In the United States, it is typically used to denote a lawyer (irrespective of gender), perhaps because of the lawyer’s role in defending the rights of others, including those who are accused, oppressed, or overrun.